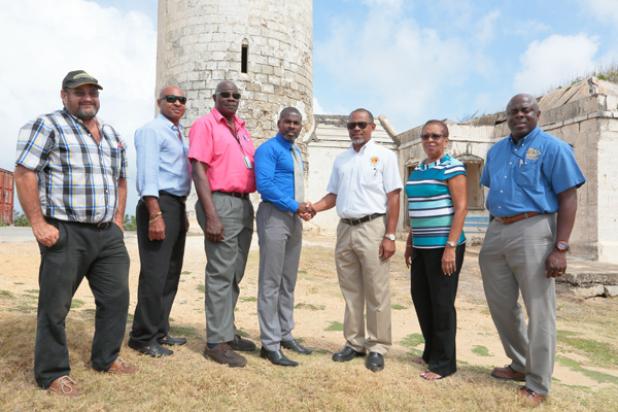 East Point Lighthouse, also known as “Ragged Point” Lighthouse, is one of Barbados’ four lighthouses. It is the third-oldest, having been constructed in 1875. A notable landmark for both locals and visitors to the island, the coral stone lighthouse sits at 97 feet high (29.5 metres) on top of a cliff at the most easterly point in Barbados overlooking the Atlantic Ocean.

Barbados Port Inc. (BPI) has proudly announced its involvement in the restoration of the historic East Point Lighthouse in St. Philip. The restoration project, to be performed by Hinds Transport Services Ltd. and overseen by the BPI, commenced last month marked by an official ceremony and the initial removal of tree branches which have penetrated the building over time.